Washington @ California | Everything You Need to Know

GOOD MORNING COLLEGE FOOTBALL FANS! If you happen to be among our West Coast Brethren, get up early and enjoy some college football with your coffee! As I sit here at 9:04 am Eastern, I can only muse about how nice it must be to enjoy college football from 9am – 10pm rather than the miserable Noon – 1am torture we must endure on the East Coast. That’s why there’s a 95% chance I won’t know if this article is complete trash or a gift from the gambling gods until I wake up on Sunday.

The biggest game on my radar this week – from a gambling perspective, obviously – is coming to you from the Pacific Time Zone. It features the Washington Huskies taking their offensive powerhouse to Berkely where they’ll face a scrappy but outmatched California Golden Bears squad – that seems to have some pride in defending their home turf.

Sometime tomorrow morning – around 2am for the Week Zero team – the buzzer in Berkeley will sound. Then, we’ll finally know if Cal’s apparent homefield advantage will be enough to overcome the notable personnel and scheme mismatches the Huskies will bring to town.

If you’re looking for the TL;DR analysis, that should be about all you need to know. If not, let’s dig a little deeper into this matchup.

What I’m about to tell you is not really debatable. The Washington Huskies will have an enormous advantage against this California Defense. Here’s why:

A note on data used for this article: I review several different power rankings during my analysis, but for simplicity, let’s concentrate on Pro Football Focus for this article – their play-by-play grades are, in my opinion, some of the best available within our budget.

On the surface, Washington’s offense ranks 50th in FBS – out of 131 teams. That’s good evidence, in itself, that Washington has a very respectable offensive attack. On the other hand, Cal’s defense ranks somewhere deep in the basement, below the Dragon Pits, at 118th – need I tell you, that’s bad.

Taking this analysis a step further, we begin to understand why these teams are ranked where they are. First, Washington’s attack is led by Junior transfer Michael Penix Jr. at quarterback – a great example of why the English language is so damn difficult – Junior Jr… I digress. B1G fans – in particular, Michigan, Penn St & Wisconsin – will surely know this name. He almost single-handedly disrupted the Big Ten’s power structure during the abridged 2020 season. That year he led Indiana to one of their best seasons in recent history.

In addition to his work at Indiana, Penix Jr. has been incredibly efficient since taking the reins at Washington. So far this year he’s recorded a ‘Clean’ Passer Rating of 115.6 and a still impressive 92 when under duress. Needless to say, the dude is a good quarterback.

The Huskies pass the ball over 60% of the time, which is a good segue into the California D. It has holes, but first let’s talk about their strength – inside linebacker, Jackson Sirmon. He’s the highest graded player on this defense, and his biggest strength is stopping the run – not very valuable against this pass happy Huskies O. However, when it comes to coverage, he’s not terrible – just above the median line when it comes to inside linebackers. The bad news is he’s one of the highest graded coverage players on his team.

Now let’s talk about the really bad news. While Cal’s strength is coverage – graded at 70th in FBS – being ranked deep in the bottom half of football should still be viewed as a weakness. The is not a California secondary of old. Couple this with the second worst pass rush in football – yes, they rank 130 of 131 – we can expect Penix Jr. and their top wide receiver, Rome Odunze, to have a field day through the air. Although the QB run is not a heavy part of the Washington attack, Penix Jr. could also find success on the ground against the Cal D. Did I forget to mention the Golding Bear rushing defense ranks 105? Yikes.

If there’s a glimmer of hope for California fans, it’s in the matchup between the Cal O and the Washington D. For starters, the Golden Bear offensive attack is even more pass heavy than Washington’s. The bears throw the ball on 63% of snaps. With Washington grading slightly below the Cal Defense in coverage, this should be cause for concern if you are a Husky.

The reason for this poor coverage grade is glaringly obvious when you look at player grades. The highest graded players in the Washington secondary are Fabiculanan at 489th of 781 safeties and Hampton at 441st of 898 cornerbacks. This would be a huge reason for concern on its own, but this is somewhat mitigated by the Huskies’ highly ranked pass rush – more on this later.

The passing game is not the only weakness in the Washington defense. They are horrible against the run, with a grade of 100 out of 131 – 5 places above Cal’s laughable 105. These are Power 5 teams. How can their run defenses be so bad?

The good news for Washington is they actually have two top-100 edge rushers in their starting lineup – Jeremiah Martin and Bralen Trice. These two beasts combine to give Washington a top-40 graded pass rush. With Cal being another pass heavy team, this could be the difference in who covers the spread – in what stands to be somewhat of a shootout.

That brings me to Quarterback. Leading the Cal attack is 5th-Year Senior Jack Plummer – not to be confused with Jake. No offense to Jack, but this might be another key weakness for the Golden Bears. In a clean pocket, Mr. Plummer is decent – notching a 97.2 passer rating. That is a serviceable grade in most cases. Enter Washington pass rush. Under pressure Plummers passer rating drops to a not-so-bragworthy 64. Did I mention Washington’s pass rush? Combine this with the fact that the Cal QB is about twice as likely to commit a turnover-worthy play, and this game could get ugly by the end.

Intangibles, Trends, Nuggets & Curveballs – Could this game still be close?

So far, this one seems like a no-brainer, right? “Not so fast” as my friend (I wish), Lee Corso, likes to say. There are still a few more trends to analyze before we make the final call.

The first and most obvious of the x-factors I’m about to list is Cal’s apparent homefield advantage. The fact is, they’re undefeated at home in 2022 and are defending a record that extends backward for more than a year to their last home loss in early October of 2021. But let’s put this in perspective.

This year Cal’s home wins have consisted of UC Davis, UNLV, and an arguably functional Arizona team. While the night crowd in Berkeley should be considered, their recent competition takes some of the shine off this trend.

The Cal homefield advantage might not mean much if you’re viewing it in a vacuum. But be careful because there’s more to this story. If Cal covers this spread or even wins this game, this is why:

Washington has been AWFUL in their 2 games on the road this season. They played their first 4 games and home and looked formidable. Then they took their talents on the road to lose at UCLA – which is excusable – then to an Arizona State team with an interim coach – no excuse.

On the bright side, these losses have not been due to a lack of scoring. In fact, Washington scored 32 and 38 in their losses. This should be a huge clue toward where I’m leaning on my bets. So, if you haven’t already deciphered my moves by now, it’s time for the big reveal.

How to bet Washington @ California?

First, you have to be crazy not to consider taking the over in this game. A paltry 54 points in a Pac-12 game – during the hour of the owl – with offensive advantages on both sides – means this could be covered by halftime. Over 54.

Now for the spread. Washington has been awful on the road and Cal has outperformed at home. To me, that’s why this line isn’t 14. Washington has a considerable advantage at quarterback which should bode well in what I believe to be a shootout in the making. Finally, with the likelihood of Washington winning the turnover battle, combined with their superior pass rush, I believe the Huskies will get the cover – sometime tomorrow morning. This one may keep you sweating until deep into the 3rd quarter, so it might be best to just hit the hay and collect tomorrow morning. Washington -7.5 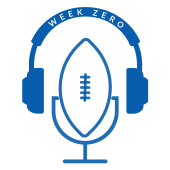 Michael is co-host of the Week Zero Sports & Other Stuff Podcast and the Saturday Morning Cocktail Kickoff YouTube show.